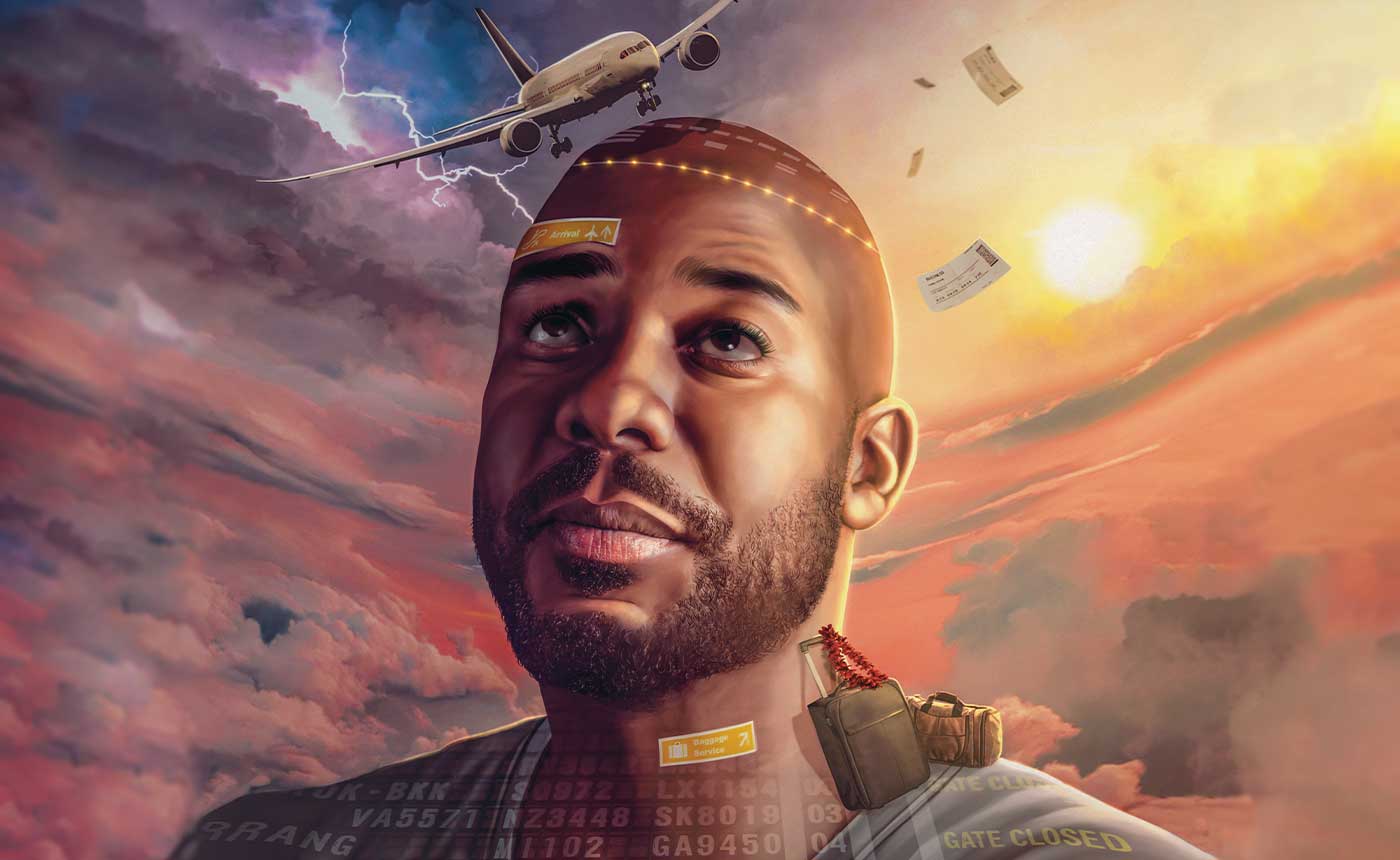 Experience the familiar purgatory of an overnight airport delay as the lives and loves of perfect strangers are delayed, grounded, and eventually rerouted during a storm.

James Sohre of Opera Today wrote that Brumley’s production is “a wonderland of colorful effects” and that Knipscher is “having a blast with some of his best costumes ever.”

Countertenor John Holiday’s voice has been praised as “a thing of astonishing beauty” (New Yorker) and called “otherworldly” by John Legend when he competed on season 19 of NBC’s The Voice.

Called “A Marriage of Figaro for the 1990s,” Flight has both laugh-out-loud comedy and more touching moments as the story of the refugee who lives in the airport unfolds around a colorful cast of characters who find themselves delayed in the terminal. As the delay drags on through the night, the group learns that their overnight stay will not only be physically uncomfortable, but also emotionally challenging as they navigate relationships, deception, and eventual reconciliation.

Sung in English with English supertitles.